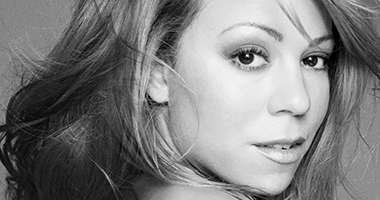 Global superstar, singer, songwriter and author Mariah Carey continues the celebration of her 30th anniversary (#MC30) as a recording artist with today’s release of The Rarities, a career-spanning two-disc collection of handpicked favorites from her vault, and Mariah Carey, a commemorative 12″ vinyl pressing of her 1990 debut album.

Mariah’s Live at the Tokyo Dome, her breathtaking first concert in Japan, lensed during her 1996 Daydream World Tour, premieres on YouTube for a seven-day run beginning tonight (Friday, October 2) at 6pm (ET).

Carey’s much-anticipated memoir, The Meaning of Mariah Carey, was published September 29. Available now, the memoir dives deep into Carey’s intimate journey of survival and resilience, facing complex issues of race, identity, class, and trauma during her journey to monumental success.

In a series of recent off-stage interviews, Mariah’s been sharing candidly–about her career and other topics–on the talk show circuit, chatting with The Oprah Conversation (September 24), CBS Sunday Morning (September 27), CBS This Morning (September 28), The Late Show with Stephen Colbert (September 28) and The Daily Show With Trevor Noah (October 1). Watch for Mariah to light up Watch What Happens Live with Andy Cohen on Thursday, October 8.

Columbia/Legacy, a division of Sony Music Entertainment, has released CD and digital album configurations of Mariah Carey’s The Rarities, a new career-spanning compilation of remarkable previously unreleased Mariah Carey recordings from 1990 through 2020, handpicked by the artist. When compiling The Rarities, Carey delved into her archives, selecting songs with personal relevance and meaning, some of which are further explored in The Meaning of Mariah Carey. The album includes a second disc of never-before-released full length audio from Live at the Tokyo Dome, Carey’s first concert performance in Japan around her 1996 Daydream World Tour. “Save The Day,” the first track from The Rarities, is a new fully-realized recording of a previously written song that was never completed, and samples the iconic Fugees hit ‘Killing Me Softly with His Song.’

SAVE / Stream “Save The Day”: https://MariahCarey.lnk.to/SaveTheDay

#MC30 is an ongoing commemoration of the 30th anniversary of Mariah Carey’s debut album and the continuous evolution of her stratospheric career. Weekly #MC30 releases have included digital EPs, remixes, bonus cuts, rare tracks, a cappella moments and mind-blowing live performances. The music is accompanied by video footage, photos, personal notes from Carey and physical releases. #MC30 kicked off with the release of The Live Debut – 1990 in July.

A 4LP 12″ vinyl edition of The Rarities will be released D2C (direct-to-consumer) via the Mariah Carey webstore on Friday, December 11.

The Mariah Carey webstore is also putting together two different exclusive box sets. The first box set, in celebration of #MC30, will include the debut limited edition vinyl Mariah Carey in clear smoke, a copy of The Meaning of Mariah Carey, and a limited issue commemorative #MC30 short sleeve t-shirt highlighting Carey’s discography. The second box set is focused on The Rarities, putting together a copy of The Meaning of Mariah Carey, The Rarities 2CD set, and The Rarities limited issue t-shirt highlighting the album’s tracks. The webstore will also have exclusive, never-before-printed vinyls.

The first 12″ vinyl title for #MC30 to be released is from Columbia/Legacy, Mariah Carey (1990), available Friday, October 2. Live Nation will release a clear smoke vinyl version of the album via D2C, while Walmart will be offering an exclusive glass bottle clear vinyl edition.

On October 30, Target will offer a 12″ color variant edition of Merry Christmas (1994), Mariah’s seasonal mix of beloved yuletide classics and original material including “All I Want For Christmas is You.” With worldwide sales topping 15 million copies, Mariah’s Merry Christmas is the best-selling holiday album of all time.

MARIAH CAREY is the best-selling female artist of all time with more than 200 million albums sold to date and 19 Billboard Hot 100 #1 singles (18 self-penned), more than any solo artist in history. An inductee to the Songwriters Hall of Fame, Carey is a singer/songwriter/producer recognized with multiple Grammy Awards, numerous American Music Awards, three Guinness World Record titles, Billboard‘s “Artist of the Decade” Award, Billboard‘s “Icon Award,” the World Music Award for “World’s Best Selling Female Artist of the Millennium,” the Ivor Novello Award for “PRS for Music Special International Award,” and BMI’s “Icon Award” for her outstanding achievements in songwriting, to name a few—with her distinct five-octave vocal range, prolific songwriting, and producing talent, Carey is truly the template of the modern pop performance. Carey’s ongoing impact has transcended the music industry to leave an indelible imprint upon the world at large. In 2009, Carey was recognized with the Breakthrough Performance Award at the Palm Spring International Film Festival for her critically acclaimed role in Lee Daniels’ “Precious.” Carey went on to appear in Daniels’ ensemble piece “The Butler” (2013). A Congressional Award recipient, Carey has generously donated her time and energy to a range of philanthropic causes near to her heart including Save the Music, the Make-A-Wish Foundation, World Hunger Relief, and the Elton John AIDS Foundation, among many others. A tremendous supporter of children’s charities, both domestic and international, Carey founded Camp Mariah in partnership with the Fresh Air Fund, a retreat for inner city children to explore career development. Carey is represented by Roc Nation, CAA and Imprint PR. www.mariahcarey.com