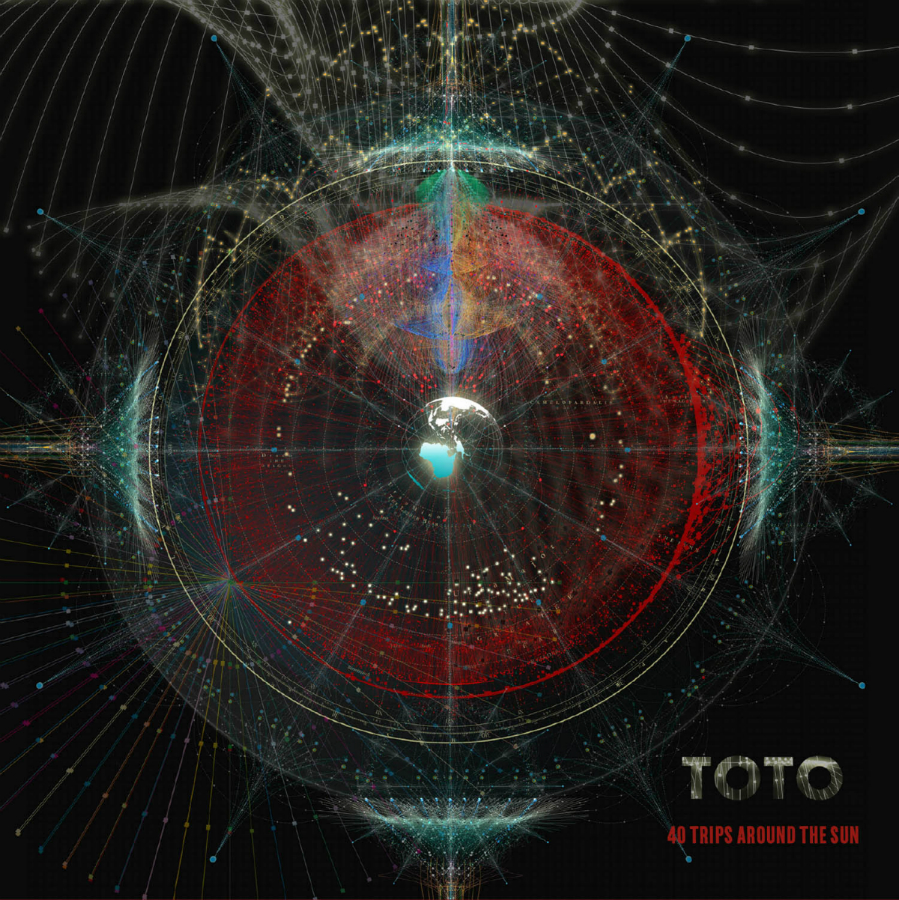 While going through the Sony vaults, the band uncovered several unfished tracks that featured both Jeff and Mike Porcaro, one of which is now “Spanish Sea.” “This track is originally from the Isolation sessions,” Steve Lukather commented. “It’s one that didn’t make it and we had to re-write it including creating a new chorus. Thanks to modern tech we were able to play once again with not only our 20 something selves but with our dear brothers Jeff and Mike Porcaro reminding us just how deep their groove was. Bittersweet… Many stories, laughs and a few tears on this one. It’s classic Toto with an excellent solo and I kept my old 1985 melody solo Dave wanted me to do… Old meets new but since legendary pal Al Schmitt cut the tracks and Bob Clearmountain mixed…it sounds like it was done 2 weeks ago not 30 + years ago!”

All fans who pre-order the album beginning today will receive “Alone” as an instant grat track. “Alone is a brand new song,” Lukather remarked. “This one was written with just the four of us really writing together and no one else in the room with us. We wanted to start with an ‘up’ song in terms of groove for the album. The lyric is darker but we are older guys now ands have lived life. The good, bad and ugly… we have lived it all and in the end we are all alone anyway. Proud of this piece and it just sort of organically happened.” Fans can pre-order the album here: https://lnk.to/toto_GH

The third new track on 40 Trips Around The Sun: “Struck By Lightning” began with David Paich. “I had the opening riff in my head for months,” Paich said. “Joe and the guys helped flesh this one out. I love the heavy arrangement and Luke’s solo on it is an all time great!”

Beginning on February 11th in Helsinki, the band will begin the first leg of their worldwide 40 Trips Around The Sun tour in support of their 40th anniversary. 36 shows in Europe have been announced to date. The tour will be the band’s most extensive run in years and is expected to hit the U.S. later in 2018. More shows will be announced shortly.

Few ensembles in the history of recorded music have individually or collectively had a larger imprint on pop culture than the members of TOTO.  As individuals, the band members can be heard on an astonishing 5000 albums that together amass a sales history of a half a billion albums.  Amongst these recordings, NARAS applauded the performances with more than 200 Grammy nominations. Toto has over 400 million streams on Spotify alone along while views on YouTube far exceed over a half billion.

With close to 40 years together and literally thousands of credits, including the biggest selling album of all time: Michael Jackson’s Thriller, and accolades to their names, TOTO remains one of the top selling touring and recording acts in the world. They are the benchmark by which many artists base their sound and production, and they continue to transcend the standards set by the entire music community, being simply synonymous with musical credibility. Their repertoire continues to be current via high profile usage on broadcast television. They are pop culture, and are one of the few 70’s bands that have endured the changing trends and styles to a career enjoy a multi-generational worldwide fan base.