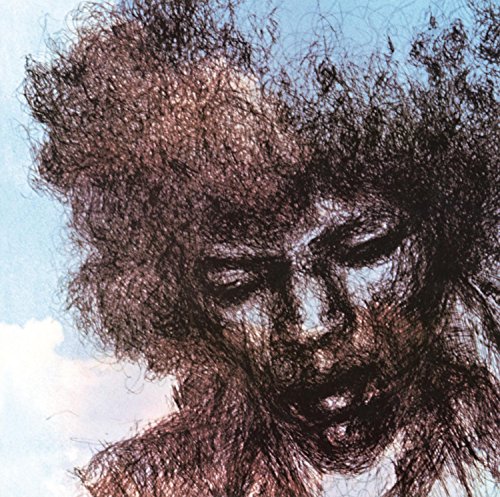 This month Experience Hendrix, LLC, in conjunction with Legacy Recordings, the catalog division of Sony Music Entertainment, will reissue two critically revered Jimi Hendrix albums on CD, vinyl and digital. The Cry Of Love and Rainbow Bridge, his first and second posthumous studio releases respectively, will be reintroduced with original album art and track orders. Both albums have been remastered by Bernie Grundman from the original analog masters. The Cry Of Love was last issued on CD in 1992, while Rainbow Bridge has never before seen an official CD release. The Cry Of Love may be pre-ordered on CD and LP; Rainbow Bridge may be pre-ordered on CD and LP – at Amazon. CDs of both titles will be out September 16 as will the vinyl version of The Cry of Love. Vinyl release of Rainbow Bridge follows on October 14.

Originally released in 1971, The Cry Of Love was compiled and mixed by Hendrix’s longtime engineer Eddie Kramer and Experience drummer Mitch Mitchell. The bulk of these tracks were recorded between December 1969 and the summer of 1970 at Electric Lady Studios in New York, and were intended to be part of an ambitious double LP tentatively titled First Rays of the New Rising Sun. Commercially, The Cry Of Love was a huge success, reaching #3 in the U.S. and #2 in the UK, and spawned favorites such as “Angel,” “Freedom,” and “Ezy Ryder.” While Mitch Mitchell and bassist Billy Cox comprised the rhythm section on the lion’s share of the tracks, Buddy Miles played drums on “Ezy Ryder” and Noel Redding played bass on “My Friend” (recorded in 1968, before his departure from the Jimi Hendrix Experience). The Cry Of Love also includes the participation of notable guest musicians including Steve Winwood, Chris Wood and Buzzy Linhart among others. VH1 recently declared The Cry Of Love the greatest posthumous classic rock record of all time.

Rainbow Bridge was also compiled and mixed by Eddie Kramer and Mitch Mitchell in 1971, with the help of Electric Lady Studios engineer John Jansen. Most of the tracks were recorded in 1969 and 1970, during the same sessions that spawned The Cry Of Love. Rainbow Bridge is often misconstrued as being an entirely live album, being that the film of the same name features excerpts of a live Jimi Hendrix performance in Maui. However, Hendrix had no role in the creation of the rambling, unfocused 1971 film which was directed by Chuck Wein. The film was not a Hendrix project in any way but instead an independent vision of his manager Michael Jeffery. After Hendrix’s death in September 1970, Jeffery scrapped Hendrix’s original vision of a double studio album titled First Rays Of The New Rising Sun and called for Kramer, Mitchell and Jansen to compile two posthumous albums—including one that would that would serve as a soundtrack for the Rainbow Bridge film.

Mitchell, Kramer and Jansen drew upon Hendrix’s rich trove of studio recordings that the guitarist had been developing at Electric Lady Studios. Songs such as “Dolly Dagger” and “Room Full Of Mirrors” were bright examples of Hendrix’s new creative direction. Other standouts on the album included a studio rendition of “Star Spangled Banner” as well as the majestic “Hey Baby (New Rising Sun).” The one live track on the album, an extraordinary rendition of Hendrix’s original blues composition “Hear My Train A Comin’” is taken from a performance at Berkeley Community Theatre in May of 1970, and not in the film at all. Buddy Miles and Noel Redding both appear on one track each, and the Ronettes provide backing vocals on “Earth Blues.”

Beginning in the late 1990s, the tracks on The Cry Of Love and Rainbow Bridge were reassembled into various compilations, including First Rays of the New Rising Sun, South Saturn Delta, and The Jimi Hendrix Experience box set. Now, fans of all ages will be able to enjoy songs such as “Straight Ahead,” “Nightbird Flying,” and “Hey Baby (New Rising Sun)” as they were experienced when they first became available 43 years ago.