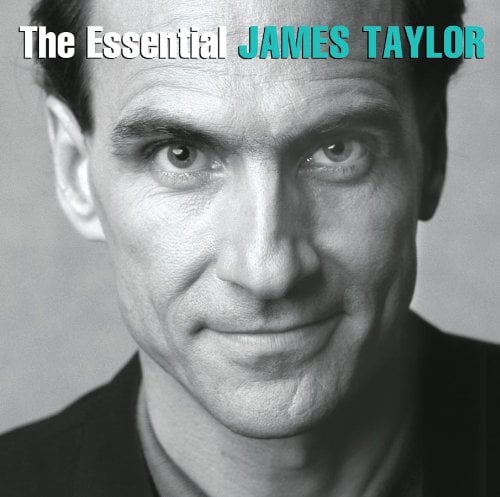 New Career-Spanning Anthology Is First To Give Equal Attention to Hit Recordings from Taylor’s Warner Bros. and Columbia Records Catalogs

The Essential James Taylor is the first 2CD anthology of biggest hits and greatest songs from the quintessential singer-songwriter spanning the full course of the artist’s career. It is also the first James Taylor collection to provide equal focus on both his Warner Bros. and Columbia Records catalogs.

Inducted into both the Rock & Roll Hall of Fame and the Songwriter’s Hall of Fame in 2000, James Taylor is a five-time Grammy Award winner, with a host of hit records, beloved songs and a coveted RIAA Diamond Award to his credit.  He has sold more than 100 million albums worldwide.

Though his first album, James Taylor, was released on the Beatles’ Apple Records label in 1968, it was his Warner Bros. debut, Sweet Baby James, released in 1970, that gave Taylor greater worldwide exposure.  Taylor’s nuanced singing, songwriting and guitar-playing signaled the arrival of a new contemporary sound for an emerging new era.   The revolution and psychedelia of the 1960s had given way to a new pop sound and sensibility embodied in the songs of James Taylor.  His first Warner Bros. single, “Fire and Rain” was an immediate classic–a signature recording, sung with a sublime and understated intensity that became the first of Taylor’s many hits.

His first #1 song, a cover of his friend Carole King’s classic “You’ve Got a Friend,” helped his second Warner Bros. album, Mud Slide Slim and the Blue Horizon reach #2 on the Billboard charts in 1970.  He recorded four subsequent Warner Bros. collections–One Man Dog, Walking Man, Gorilla, and In The Pocket and released the top-selling Greatest Hits–before signing with Columbia Records in 1977.

His first Columbia Records release, 1977’s JT was nominated for Grammy Album of the Year.

The Essential James Taylor will be available on Legacy Recordings in North America and South America.

Don’t Let Me Be Lonely Tonight – from “One Man Dog”

How Sweet It Is – from “Gorilla”

Shower The People – from “In The Pocket”

Carolina In My Mind – from “James Taylor’s Greatest Hits”

Your Smiling Face – from “JT”

Everyday – from “That’s Why I’m Here”

The Water Is Wide – from “New Moon Shine”

Little More Time With You – from “Hourglass”

Another Day – from “Hourglass”

Caroline I See You – from “October Road”

You Can Close Your Eyes (Live) – from “One Man Band”